My grandmother and Dordan co-founder, Ellena Vivian Slavin, passed away on August 19th; she would have been 103-years-old Christmas Day.

As we reflect on 2018 in anticipation of the New Year, I'd like to take this opportunity to reflect on her life.

My grandmother was the most influential person in my young-adult life. She was a refuge of unwavering morality, prevailing in spite of, not because of, life's challenges.

I've been struggling to find the words to pay her tribute and hope that what follows sheds but a crescent of light onto a woman whose spirit was as resilient as the full moon.

Born in Ontario, Canada, on December 25th, 1915, the details of her young life continue to be cloaked in shadow. As perception is reality, I understand her childhood to have been one absent of the warmth and attentiveness that often times characterizes child-rearing today. In an era where children were to be seen and not heard, Vivian struggled with her mother's allusive nature, though spoke of her with great awe. She would walk into a room, my grandmother would tell me, and all eyes would be fixated on her. Elegant yet wild-spirited, she was a charming, albeit distracted, mother. 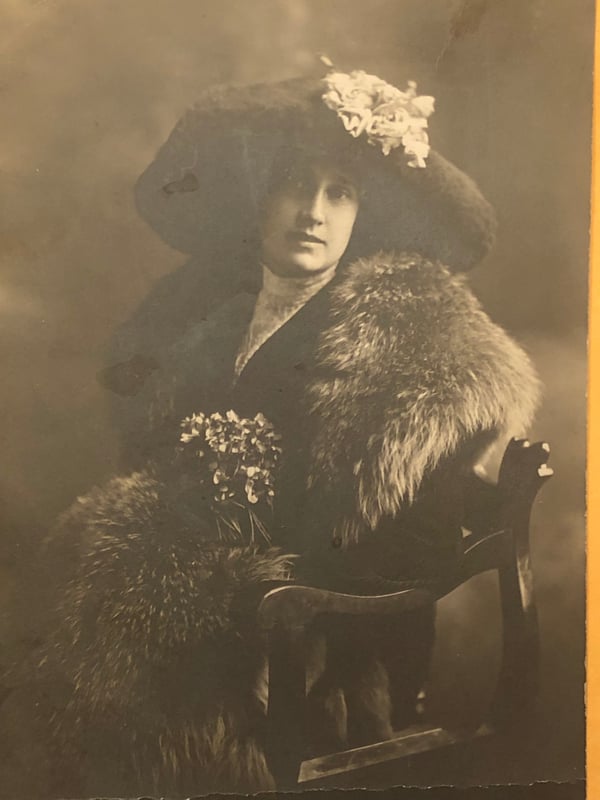 While I don't know the details of her parent's divorce, Vivian subsequently left Ontario to live with her father in Florida at age ten. The south, cruelly divided by race, disturbed her. She would describe passing the segregated black corridors shocked by the arbitrary divisions created by unknowing and fabricated fear. She carried these early experiences with her throughout her life and never judged another by anything but their character.

She provided little description of her father; instead, detailed the domestic duties required of her. Life seemed to be without companionship for Vivian, who reported falling into periods of deep depression.

Returning to Ontario for reasons again murky, Vivian married at 16-years-old to a man twice her age. Love, and the need to be loved, is a thread that runs throughout her life tapestry. Vivian would describe their courtship as one full of romance and grand gestures. Living in the same apartment building-- him on the first floor and she on the second-- he would assist her with groceries and other household tasks, exuding chivalry, warmth, and kindness. They had two sons together and ultimately divorced a few years later.

With no education, money, work-experience, or concerned-family, Vivian, with two little boys to feed and no assistance from her ex-husband, marched up and down the streets of London, Ontario, head held high with deep determination for employment. Such determination persuaded a man, who forever she regarded as one of the kindest, to hire her at a high-end boutique called Leeds of London. There she became a master seamstress, stylist, saleswoman, and fashion model. She described this time in her life as a fulfilling one, exercising the autonomy and freedom rarely granted to women in the 1930's.

While in London she became a singer, spending select weekend nights in intimate smoky lounges where she lavished in the opportunity to be anyone who she wanted to be. She spoke of an emerald-green cocktail dress with a slit that went up mid-thigh-high with a childlike excitement and twinkle in her eyes. I yearned to know my grandmother as she was in these memories, convinced that if we had been born in the same decade we would have been the best of friends.

Later, while she was traveling on a train with a friend, she met my grandfather, Edward Slavin, who was serving on a Canadian ship in the navy during WW2. She described him as charismatic and confident and someone who, over the course of their 6-year courtship, she fell deeply in love with. Granted American citizenship following their union, Vivian and Ed moved to Deerfield, IL, where his family lived. Prior to marrying Ed, Vivian converted from Catholicism to Judaism, recalling how she finally knew what it felt like to have a family in the bosom of her Jewish in-laws.

Ed and Vivian had two children, Daniel and Doree Slavin, and went on to start several companies together; the last and most successful, custom thermoformer, Dordan Manufacturing. As it nears its 6th-decade of business, Dordan is moving into medical packaging with the construction of an ISO Class 8 Cleanroom. This is an exciting evolution for a company that began in a retail storefront in Chicago in 1961, demonstrating the vitality of this family-owned and operated company.

Vivian with my father and Dordan CEO/President, Daniel Slavin

My grandmother helped raise me and my siblings; she was a very active grandparent, often seen drinking from a mug that read, "If I had known being a grandparent was so fun, I'd have done it first!" 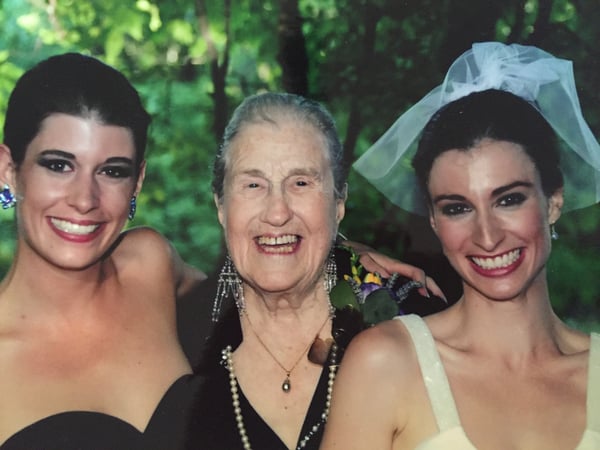 Me, my grandmother, and my sister, Kelsey Haavig, on her wedding day

My grandmother is my role model of a strong woman, combating life's setbacks with nothing but herself to rely on. She was tough, she could be mean, and she was fearless. Deeply spiritual, she believed that everything happened for a reason, and never lost the hope that defined her perseverance.

In a card to me she wrote,

Set high your values, honor your principles, follow your gut-- it won't steer you wrong. Love wisely. And grab life, you're on the way.

My grandmother and I