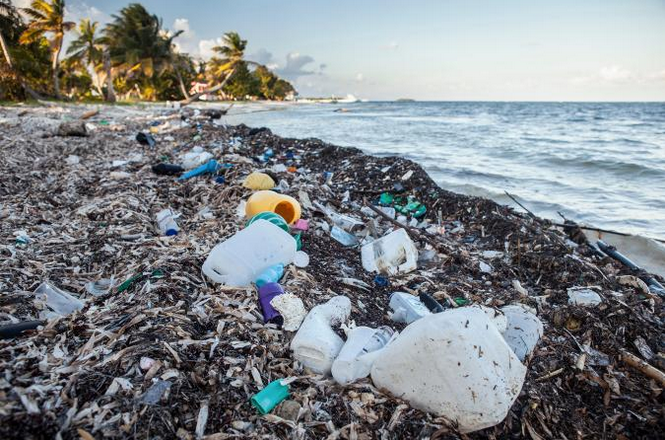 END_OF_DOCUMENT_TOKEN_TO_BE_REPLACED

NPR published an article this week, "Plastic Has a Big Carbon Footprint-- But That Isn't The Whole Story."

END_OF_DOCUMENT_TOKEN_TO_BE_REPLACED

Government, Economics and Environment oh my!

END_OF_DOCUMENT_TOKEN_TO_BE_REPLACED 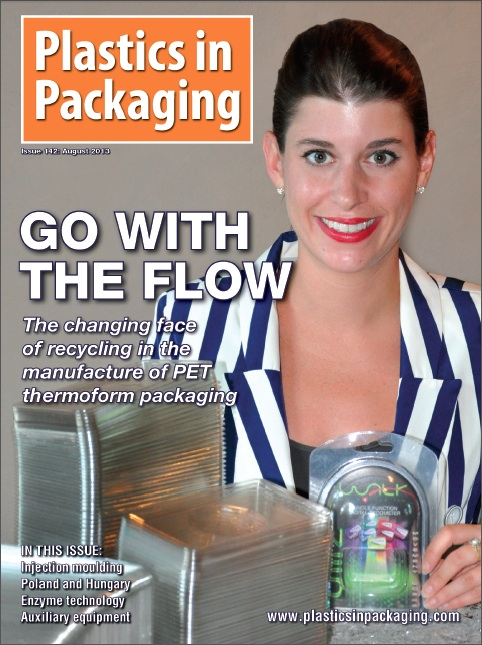 END_OF_DOCUMENT_TOKEN_TO_BE_REPLACED

Hello my sustainability and packaging friends! Long time. I hope everyone had a lovely 4th of July!

END_OF_DOCUMENT_TOKEN_TO_BE_REPLACED

It's official! Check out the email I got from Cal Recycle last night:

The National Association for PET Container Recources (NAPCOR) and SPI: The Plastics Industry Trade Association (SPI) have just issued a Request for Proposal (RFP) for a grant of up to $100,000 to be awarded for development of a model PET thermoform recycling program. Funds are available to any United States' MRF or recycling program operator that can affect the variety of elements necessary for a successful program, as described more fully in the RFP.

The RFP is available for reviewing or download on the NAPCOR web site at http://www.napcor.com/PET/thermoRFP.html. Proposals are due on or before September 30, 2011.

TORONTO (June 23, 3:35 p.m. ET) -- Canada’s top five grocery chains will require its suppliers to shift to PET for clamshell thermoformed packaging in a move designed to simplify the product stream and increase recycling.

Wal-Mart Canada Corp. officials are also talking to suppliers across national boundaries for the initiative, and expect it will expand as part of the increased emphasis on sustainability for the world’s biggest retailer.

“Right now, there are 5.8 billion pounds of [thermoformed] packaging going into landfills in North America each year. Our goal is to facilitate the recycling of that material,” said Guy McGuffin, vice president of sustainable packaging for Wal-Mart Canada of Mississauga, Ontario, during the Wal-Mart Sustainable Packaging Conference June 22 as part of PackEx Toronto.

PET is already widely recycled, with a recycling stream already in place for bottles. Pushing for PET and eliminating, as much as possible, “look-alike” plastics which complicate recovery — and discourage both municipal recycling collections and recyclers from taking clamshell containers — the retailers believe they will open the floodgates for more thermoformed PET collection and reuse.

Other materials may have their use, but the retailers believe PET can provide an adequate substitute. In those cases when PET is not viable, it will encourage polystyrene. Polylactic acid containers have their own “green” credentials, officials said, but using it in thermoforming just complicates an already overly-complex set of obstacles to recycling, so Wal-Mart and other stores preferred PET as the industry standard.

In addition, retailers are working with the Adhesive and Sealant Council and the Association of Postconsumer Plastics Recyclers on a set of guidelines for labeling adhesives that will eliminate contamination from glues and labels.

When it was told that its 1,400 stores still would not create enough critical mass to bring PET clamshell recycling into the mainstream, it began working with other Canadian firms — Wal-Mart, Safeway Canada, Metro and Sobeys — in a cooperative effort to bring about the change.

The companies have coordinated the project through the Retail Council of Canada’s grocery group, working with recyclers and recycled PET users to identify and solve issues that would derail its efforts.

Ontario’s extended producer responsibility regulations, which give companies more responsibility for their waste, is helping prod the move, Schedler said.

“There are a lot more market drivers in Canada than in the U.S. that are very visible and pushing this forward,” he said. “The amount of dollars they would have to pay for their unrecycled material would not be insignificant.”

Early on, the group came together around a bale of used thermoformed PET containers and got a quick lesson on one of the primary problems, said Leon Hall, manager of sustainable packaging for Wal-Mart Canada.

When they cut apart the bindings holding the containers together, the bale held its shape. Glue used on the labels was strong enough to hold the compacted plastics together — and contaminate the entire bale, Hall said. Even if separated, the glue would gum up machinery, and current washing methods used to separate labels from bottles in PET bottle recycling did not work with the adhesives used in thermoforming.

In November, the retailers began working with the Adhesive and Sealant Council to tackle the glue problem. The groups decided the best solution would be to adapt to sealants that already work on PET bottles, said Matt Croson, president and CEO of the Bethesda, Md.-based ASC.

Adhesive makers must register their products with the APR by July 15. APR will then test and certify those adhesives as working with existing cleaning systems already in place for PET bottles. By Jan. 1, the retailer’s group will require its suppliers to use thermoform packaging that meets APR guidelines.

“This one’s not complicated,” Hall said. “Choose materials that can be recycled and while you’re at it, fix the adhesive, because that [label] doesn’t need to stay on there forever.”

It is not just the adhesives getting extra attention, however. During testing, Wal-Mart discovered that the Chilean-based supplier of blueberries was using a fluorescent blue additive in its PET packaging to make the berries look better, he said. That produced a recycled flake that did not meet standards. Wal-Mart is now working on global specifications for those and other additives which contaminate the stream.

With those changes, recyclers should be able to loop thermoformed PET into its existing bottle feedstock.

Ice River, based in Feversham, Ontario, opened its own PET recycling plant in Shelbourne, Ontario. It collects PET from municipal recycling programs in Ontario, Michigan and New York and sorts, cleans and grinds to flake. It then uses the flake in its in-house PET extrusion, pre-forms and blow molding.

“We need more recycled content,” L’Abb? said. “We want to put (PET) into a product that’s recycled again and again and again. We can really consume a lot of the thermoforms that are in the market currently, and that’s a big benefit.”

The project will also benefit more than bottlers or retailers. Shelepuk said Wal-Mart estimates the recycled content of mixed plastics now in thermoformed packaging is worth $120 a ton, but that should climb to $600 per ton as part of the PET stream. That kind of money at high volume will pay for the recycling process, he said.

In addition, the companies estimate that PET packaging recycling across North American could create more than 20,000 jobs.

“As an industry,” Hall said, “we can make this happen.”